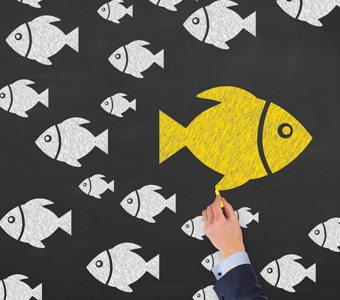 Paul Rice knew that Fair Trade could do more, much more. While the model had benefited approximately 10 million people in developing countries, they were a small percentage of the 2 billion people worldwide who lived on less than $2 day. Fair Trade was not charity. It was a certification model that had started around coffee and ensured that money flowed back to the people who grew the coffee, giving them a ?Fair Trade? price. As president and CEO of Fair Trade USA (FT USA), the leading third-party certifier of Fair Trade products in the United States, Rice had reason to be proud. Since its founding in 1998, the nonprofit had grown Fair Trade CertifiedTM coffee from 0 to 5 percent of the U.S. coffee market. Fair Trade coffee had made tremendous inroads with large roasters such as Starbucks and Green Mountain as well as mainstream brands like Dunkin? Donuts. Rice, however, was not satisfied with 5 percent of the U.S. coffee market. He wanted to take Fair Trade to scale?widespread adoption in terms of volume, market share, consumer awareness, and impact for farmers. And Rice was confident that he knew how to get there. This case explores FT USA?s market based approach and philosophy for increasing the reach and impact of Fair Trade. It reviews the concept of Fair Trade and the three pillars of the ?Fair Trade for All? strategy: expand Fair Trade to include certification for large coffee growing estates and independent smaller farmers, invest in cooperatives to make them more competitive, and increase consumer awareness. The case highlights the controversy that ensued from FT USA?s 2012 split from the international certifying body and why Rice believes that this was the right decision.